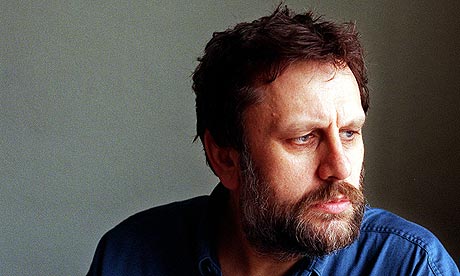 This Tuesday Lady Gaga and myself shall be appearing at Birkbeck in support of the UCU strike in the run up to the 26th of March. My theoretical project and, indeed, my defence of pure theory as such in contraposition to those calling for near unreflective action has reached a critical zero-point. Either we act now, or we do not act at all.

But what of my good friend Lady Gaga’s theoretical contributions? Certainly, there is a certain performance of theory in her costumes, videos and even (some of) her music. Nina Power has already noted that the infamous “meat” costume could be seen in reference, indeed, a performance of, Carol J. Adams’s The Sexual Politics of Meat: A Feminist-Vegetarian Critical Theory, a book that notes the consistent linking in the oppressive imaginary of the patriarchy of the female body and meat, of animality and the feminine. Equally, her moral support for the cause of gay rights in The States has been well documented – in an underrated piece Dan Hancox traced the spidery pathways between her work, Wikileaks, Bradley Manning and the end of the “don’t ask don’t tell”. Gaga’s work as a cultural phenomena has generated its own theory. But what of her actual theoretical project? Let us turn to her one extant theoretical fragment, written at college in 2004 when she began her musical production, Assignment #4: Reckoning of Evidence by the then Stefani Germanotta.

Gaga begins by reckoning with the social construction of the body, with particular reference to the work of Spencer Tunick, a New York artist whose displays of mass public nudity, perhaps with a hint of bourgeois vulgarity, caused controversy in Guilliani’s reformed city – to the point that the artworks were only possible through mass civil disobedience. His work, for Gaga, is the movement of “freeing objects from their social significance and thus endowing them with endless possibilities of form”. Thus the naked body, seen only (and thus made controversial) from the perspective of sex, is repurposed in Tunick’s work as pure form, and thus as moves into the sphere of art, which simultaneously, and dialectically challenges that initial social signification oppositionally. Is this not entirely then the very logic of the spectacular occupations of place that have been occurring, both in student spaces, old public houses and disused Job Centres that we see today? The reduction of spaces of the social body of capital or the neoliberal university into places of pure use, in what Giorgio Agamben calls the movement of profanation – opened to the infinite possibilities of collective human creativity while standing as a direct challenge to the structures it is placed within in an oppositional mode, simultaneously inside and outside the system – both sharing communication and co-operation and antagonism – much as Antonia Birnbaum’s recent essay on communism is early Marx shows. Tunick discovered the same himself in the construction of his own pieces, in their need to find a way around New York, to take a space and fill it with naked human bodies – “The choice of location provides symbolic impact (i.e. the Brooklyn Bridge, the Dakota, the Stock Exchange), and as the models become more numerous, the compositions become progressively more abstract” – clothed, and made more permanent, this could appear as an economic blockade.

Tunick’s work brings us to a paradox: the ultimate source of barbarism is culture itself, one’s direct identification with a particular culture which renders one intolerant towards other cultures. The basic opposition is thus related to the opposite between collective and individual: culture is by definition collective and particular, parochial, exclusive of other cultures, while – next paradox – it is the individual who is universal, the site of universality, insofar as s/he extricates itself from and elevates itself above its particular culture. Since, however, every individual has to be somehow “particularized,” it has to dwell in a particular life-world, the only way to resolve this deadlock is to split the individual into universal and particular, public and private (where “private” covers both the “safe haven” of family and the non-state public sphere of civil society (economy)). In liberalism, culture survives, but as privatized: as way of life, a set of beliefs and practices, not the public network of norms and rules. Culture is thus literally transubstantiated: the same sets of beliefs and practices change from the binding power of a collective into an expression of personal and private idiosyncrasies. The task, then, of today’s revolutionary is precisely this bodily-economic blockade.

This is perhaps why then we find, like nudity in public places, the occupied space frequently objected to through in terms of abjection – squatters are dirty, they don’t wash, they don’t have jobs, they aren’t respectable – and so on. For police, protesters are dirty swampies, animals, profane. The repurposing and reduction of these spaces and their subtraction from capital is formally offensive to its systematic logic. The system react with characteristic venom. The same is true of the UCU strike itself – the press will be at pains to describe its actants as bedraggled, ugly, Trotskyite perverts, ivory tower intellectuals and so on to stress the traditional association of political opposition with ugliness – the same will be true, we predict without checking, of the right-wing reaction to Saturday. We have already seen Labour and Conservative politicians dip into their stores of insult, ‘retards’ among the most well know, to describe anti-cuts protesters disrupting council meetings. Gaga perhaps anticipates this in the closing section of the essay on the monstrous. Considering Montaigne essay on ‘deformity’ she notes that like public nudity, what is ‘deformed’ is only an effect of social constructions of the body, just as nudity is only sexual, and therefore mass nudity only problematic for the New York police due to this social formation. Emphatically Gaga notes ‘we call contrary to nature what we call contrary to custom’, ‘we only accept the regular and it is this which blinds us from seeing the prodigy of what we have never seen before’. The greatest lie of capitalism is perhaps its naturalisation – the idea that it is simply the law of nature that it is this way. The cuts cannot be helped, just as capitalism cannot be helped. Deborah Orr, at the high of the student protests displays this logic with stunning clarity. “Fiscal discipline really is necessary”, Orr opines “The truth is that they [so-called “adults” failing to protest] are too wise to waste their energy on something so silly. Protesting against the cuts is like protesting against water’s stubborn habit of flowing downwards”. My God! The bleak hand of capitalist realism! Protesting cuts is equivalent to being against the direction of the fundamental laws of the cosmos! But this is not nature, but simply custom, a custom that the ruling class have generated as an ideology that manufactures exploitation and alienation. To denaturalise capital, to subtract while remaining within to push outward, to reform spaces to pure use opposed to the commodity form, to not accept as regular what is simply custom – this is the essence of our protest. This strike can be seen as a dull churning of reaction against the telos of nature, or, placed in a global context of revolution, something ‘we have never seen before’ – just as Lady Gaga appearing in solidarity with workers, or as I have explained elsewhere, the utterly unpredicted revolutions shaking the Middle East.

Slavoj Žižek is a senior researcher at the Institute of Sociology, University of Ljubljana, Slovenia, and a professor at the European Graduate School.

This entry was posted in Uncategorized. Bookmark the permalink.